Who is Egoli Tossell? 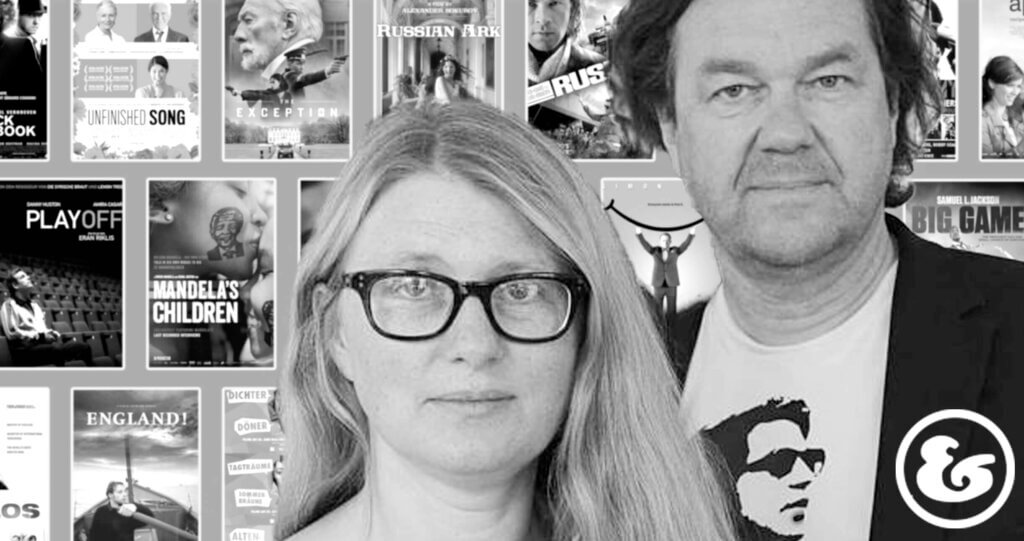 Judy Tossell and Jens Meurer have been producing films under the Egoli Tossell banner since 2001. In their combined decades of film producing experience they have made over 75 films, premiering at every major film festival in the world and earning many nominations and awards, including Academy Award nominations for THE LAST STATION and a Golden Globe for CARLOS in 2011. From 2011 to 2015 Egoli Tossell Film was part of the Film House Germany group. In 2016 Judy and Jens founded Egoli Tossell Pictures to continue their independent production activities. Egoli Tossell Pictures is a subsidiary of Instant Film, a company founded in 2013 by Jens Meurer as a vehicle for developing feature length documentaries. We are European filmmakers with a passion for good stories and great storytellers – whether that be a feature film, a narrative documentary or a television series. And we are committed to dedicating at least half of our slate to women filmmakers and female-driven stories.

By the way: eGoli is the Zulu name for Johannesburg. It means “place of gold”.

Some of our films

Who works at Egoli Tossell’s?

Born in England, Judy studied Classics at Balliol College, Oxford University before moving to Berlin in 1989 just in time to witness the Fall of the Berlin Wall. She started her film career at Regina Ziegler Filmproduktion and founded Tossell Pictures in 1995. After producing award-winning shorts and her first feature film ENGLAND!, Tossell Pictures merged with Egoli Films in 2001.

Born in Nuremberg, Jens Meurer moved to South Africa when he was 12. He studied at Balliol College in Oxford, at Sciences-Po in Paris and at Columbia University, New York. He started making documentaries in 1993 and was awarded the European Film Prize as 'Documentary Filmmaker Of The Year' in 1995. After producing his first feature film „27 Missing Kisses“, Jens’ Egoli Films merged with Tossell Pictures

Born 1990 in Vienna, Bianca studied Theatre, Film And Media at the University of Vienna before spending a year studying at at the Free University of Berlin and UCLA as an ERASMUS scholar. After graduating in 2013 she worked in Berlin for Senator Entertainment on the distribution of films such as "Mandela: Long Walk to Freedom", "Beloved Sisters", "A Most Wanted Man“ and "Victoria". She is currently finishing her production studies at the Berlin Film School DFFB and joined the team of Egoli Tossell Pictures in January 2017.

Derya was born 1992 in a small city called Rinteln in the north of Germany. She studied Film Production and TV-Journalism in Hamburg, continued her studies in Scotland at the University of West of Scotland, where her focus was in Asian Cinema, American TV- and Broadcast History. She stayed on and worked for BBC Scotland. 2015 Derya decided to move to Berlin and was working for Mythos Film as production assistant. She worked for films like “Er ist wieder da” by David Wnendt, “Winnetou" (three parted movie for RTL) by Philipp Stölzl, “25 kmh” by Markus Goller and “Ich war noch niemals in New York” again by Philipp Stölzl. After two years at Mythos she started to work at Storyhouse and assisted for the Project “LeFloid vs. The World” which was a 8 parted Online-Documentary for YouTube Red. 2018 she decided to move to Kampot in Cambodia and was running her own Turkish restaurant and taught filmmaking at the University Don Bosco in Kep. 2019 Derya came back to Berlin and joined Egoli Tossell as assistant producer. Derya’s role includes coordinating our slate, keeping our projects on track and coordinating applications.

Where can you find Egoli Tossell?

How to reach us: M10 tram or U5 underground to Frankfurter Tor